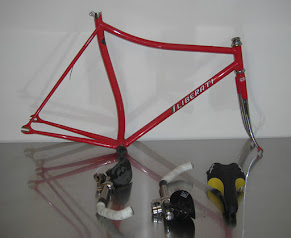 I've just been offered these two extremely lovely Italian framesets directly from Italy but cannot justify either of them, unfortunately. Liberati (size "53") comes with the pictured parts as well as a second drilled-for-brakes 650 forks and some Campagnolo cranks too. If you're interested, send me an email and I will send back the contact details of the seller. There are plenty more photos and I believe worldwide shipping can be arranged.

All right, both frames are apparently now sold. Congratulations for the new owners. 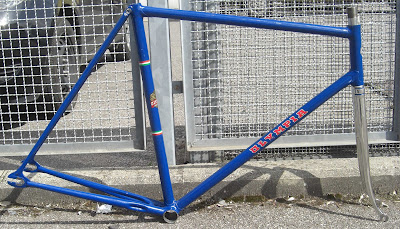 "La retardo or “Retarden” is a bikerace for one geared bikes. The race is arranged once a year by different clubs on different locations in Sweden. This year it was the sixth year and the NIEUWEBRUG FIETS-CLUB with Lukas and Magnus that was holding the rally flag. And they did that like no other. 120km trough the woods of Småland. Almost 50 people showed up and fought for there lives. A day full of Hornet attacks, crashes and people that got lost in the woods."
Posted by Jussi at 2:22 PM No comments:

Via Prolly.
Posted by Jussi at 2:07 PM No comments:

Photos from VPCX Kangasala Race, November 2011, by Jimmy Doyle.
Posted by Jussi at 11:27 PM No comments:


It's just Osku selling his old Hold Fasts...
Posted by Jussi at 2:27 PM No comments:

Via Kentalog.
Posted by Jussi at 2:04 PM No comments:

Via Re:Products - Vivalo
Posted by Jussi at 11:06 AM No comments:

And yet another stupid excuse for me to post some Fall Out Boy here...

Via Bikehugger.
Posted by Jussi at 4:05 PM No comments:

In the Land of Contradictions 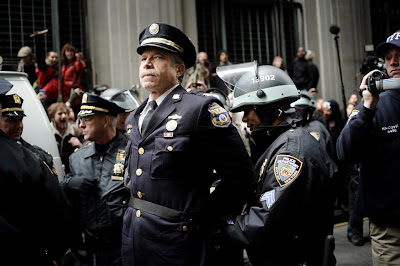 While we're still in the CX mood, and because I never saw this before. Thanks Paulus!
Posted by Jussi at 11:45 AM No comments:

"In the early twentieth century, nothing conveyed the modern spirit of mobility, freedom, and independence better than the bicycle. When a pretty athletic girl was included, she added sexual desirability to the mix -- a sleek human machine joined to the manufactured machine. To many observers, this novel combination was exciting and perhaps a little frightening."

The photo & quote is actually from a quite fascinating article "Venus with Biceps: A Pictorial History of Muscular Women" at Brainpickings. 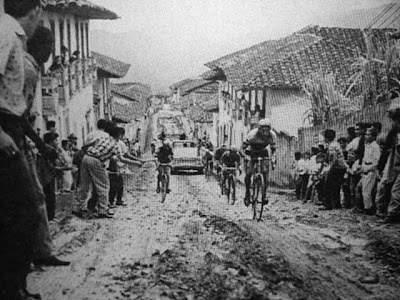 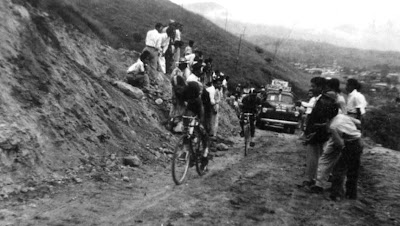 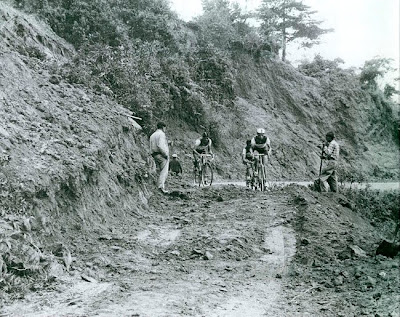 "Photos of the Vuelta a Colombia in the early 1960s, by Horacio Gil Ochoa" via Cycling Inquisition.
Posted by Jussi at 10:10 AM No comments:

This Is Why You Love CX


Toby's Trail Adventure: Part I from Dirt Rag Magazine on Vimeo.
Posted by Jussi at 12:32 PM No comments:

Looks more like "Super AWFUL & UGLY", but maybe that's just me. Rare it must be, that's for sure.

It's on Ebay at the moment, so bid here if you wanna...

Just came across photos of this sweet custom fixed / single speed cyclocross frame by Kusaka-san and his newly re-launched Vivalo-brand. There was that Kinfolk "Urban Bike" built also by Kusaka already but the fact that more and more of these keep popping up everywhere indicates that dedicated steel sscx frames are becoming the thing to be riding. And why not?

EDIT. And this, it's bit different, though...

See these photos. Support the 99%. 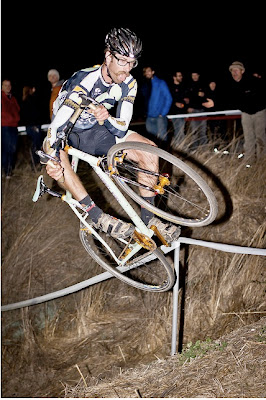 Photo by Ted Ketai.
Posted by Jussi at 11:35 PM No comments: 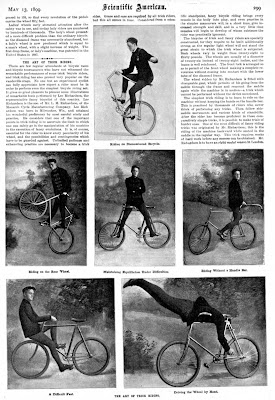 People still actually race on nice vintage steel track bikes in many places, like these guys in Estonia. From the performance point of view it would probably make sense to sell these bikes on Ebay and get some contemporary aero aluminum instead but hey, steel is real, right?

It seems that Kusaka-san's Vivalo brand has been relaunched in Japan. No traces of Keirin track bikes on the site at the moment though, just traditional steel road bikes instead.

As my Japanese skills are bit rusty for the moment Google Translate tells us, somewhat cryptically:

"VIVALO lineup was only ever full order frames. This time, experience the handmade chromoly frame more people If you think please, let me hang the frame in addition to the lineup Submitted.

Even if the frame hanging, size 8 size and color from 3 colors You can choose. In addition, Comfort Space, Mr. EAST RIVER CYCLES Hutte 8to8's three stores, the original color of each shop And let me also available. So, you can choose from six colors.

All geometries have been referring to the load frame produced so far I was allowed to DRESSCODE designed from scratch. Please come and look here for the first time the real chromoly frame? ! !"

Both such awesome clips, bro!

Damn, I used to listen to Accept as a teenager back in the day.
Posted by Jussi at 2:22 PM No comments:

Via Landlords.
Posted by Jussi at 2:18 PM No comments:

Found: List of Things to Pack for a Cycling Trip

This so awesome I had to steal it from Chainthug.

It's a list of things to pack for a cycling trip longer than 100 kilometres but less than 300 kilometres. And he found it between an old cycling book "Cykling och Cykelsport" from 1934!

I'm not gonna translate the full list but the point is that while it's old it's also almost completely modern, just all the basic stuff you would pack with you today. Things like basic tools, spare tubes, some clothing, a tooth brush, towel, a clock (which is a MUST according to the list), a drink flask, a map etc.

And according to the list for a trip longer than 300km you may also want to bring along some extras like "a photography machine" and "a spare pedal and axle".
Posted by Jussi at 5:47 PM No comments:

Via Cycle In HEL.
Posted by Jussi at 4:06 PM No comments:

Pic of the Day

Photo from here.
Posted by Jussi at 9:35 PM No comments:

"This is a Road to Pista vertical dropout adaptor. The ROADTOPISTA adaptor enables to fit a track rear wheel with a 120mm spacing onto a 130mm spacing road bike. Additionally, it reduces the seat angle, steering angle and it lifts the bottom bracket, making a road bike more similar to a track bike. I have invented it! It works better then ever thought."

I already 'featured' this interesting invention recently but I just came across more pics and info on it. However, I'm not going to tell you where to get it. For your own safety. Sorry guys.