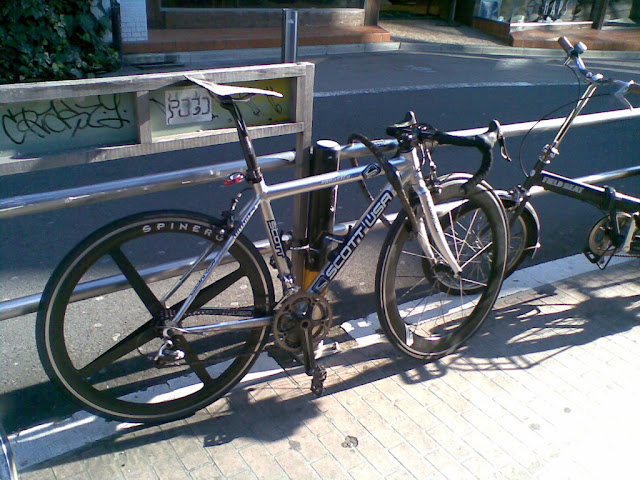 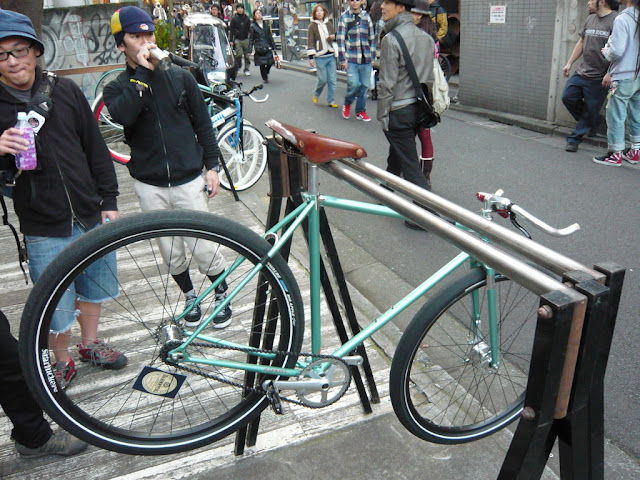 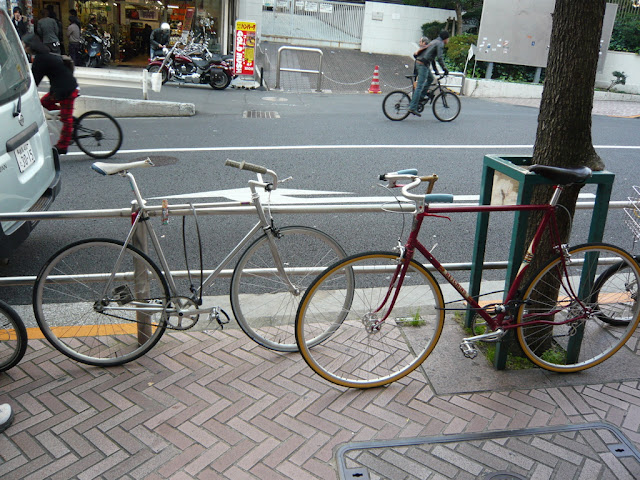 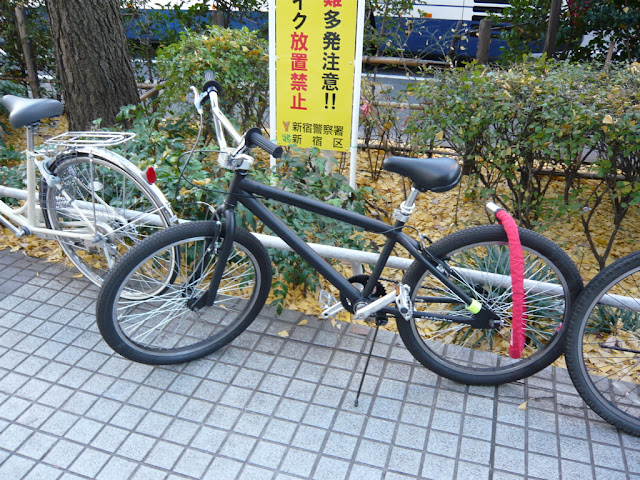 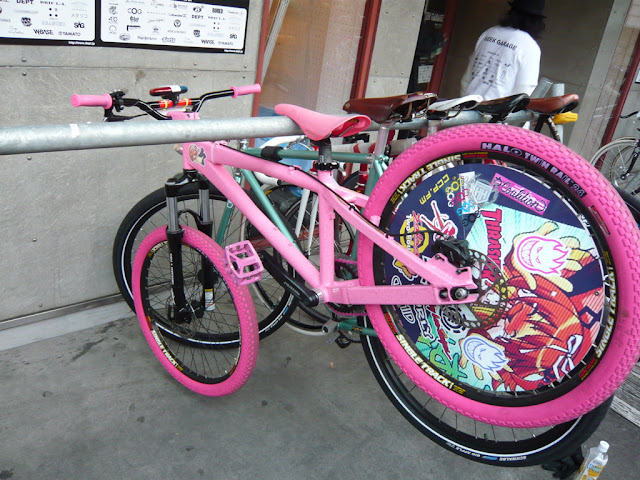 Damn... that is different, some of these bikes are actually locked to immovable objects.

:D I've always been somewhat curious as to whether anyone rides non-NJS track bikes in Japan... or do they have enough ex-Keirin bikes that they don't need to lower themselves like that?

well, in fact at least in Tokyo there were much more fancy modern higher end road bikes as well as those funky geared minivelos than I was expecting.

and much less Keirin bikes, although there was plenty of those too.

Yeah, I kinda figured... fixedgears aren't necessarily that practical for most of the cycling public.

What I was really wondering about was, amongst the fixedgear scene over in Japan, do many people bother riding non NJS frames: this could include non Japanese fixedgears, or non-NJS fixedgears made in Japan if anyone builds them anymore... or non-NJS trackbikes made in Japan in the past (like my Team Miyata)

3 questions pressing about fixed gear bikes(sub-culture) . Been riding for years(MTB,Road,BMX).
1-WHAT is the top on the top bar for ? protection ? 2- WHY is the front rim a mag but often not the rear?
3- WHAT does the spoke card signify ?
... WORD. ...PEACE

in tokyo lots of people were riding those off-the-shelf fixed gear bikes, and some pretty crappy ones too. many shops were also selling those. so it's not only the nice keirin bikes all over.

in a way I guess the njs stuff is just stuff among other stuff over there. on the other hand, real vintage european track frames and parts are apparently super-sought after in japan. some shops had that stuff but it not cheap, as you can guess.

also, not everyone made their bikes look all colorful and like crazy big BMXes, there were some very nice and classic looking ones there too.

i don't think there is a logical explanation or answer to any of your questions. except maybe to 'look cool'.

Ah, cool... I was always curious as the pics we actually see in the US are always of some insane NJS frame (usually with crazy colored components and aerospoke, etc)... now I know; thanks!