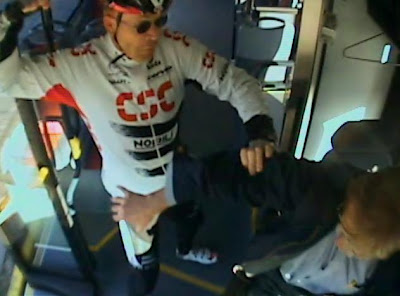 Denmark is often considered as a true urban cyclists' paradise and rightly so. However, the reality might -sometimes- be bit different. Here's a translated news bit from a Danish newspaper, which does NOT tell how this incident came about. Police is searching for the attacker:

"At the final stop on Ønsbækvej offender came into the bus and the driver assigned several punched in the face. As shown in the photograph from the bus surveillance camera was the perpetrator dressed as a cyclist. "
Posted by Jussi at 1:13 PM