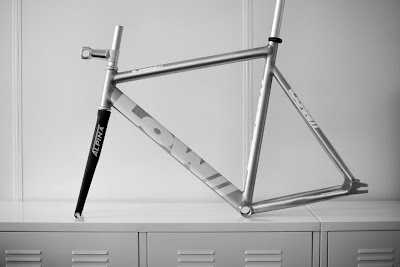 But only few of the fixie-fiends and street track bike headz out there in the Interwebz know the true story. I know Kim, bro lives just couple blocks away from me, you know?

‎"I never liked my Low anyway but nobody cared, they were just ´go Kim go´.

Prolly rang my doorbell one night and brought a bottle of whisky.

´You go kim´ Prolly told me.

Anyway we drank the booze and hit the road.

Prolly was wasted, he was all `Aw fuc..no brakes!" and that stuff.

I threw my Low off the Pitkäsilta bridge and said to him: ´Fuck this shit you know. Bro, do you get it. Fuck this shit. Just fuck it.´

And that was the end of it. The End of Low you know. That´s when the sales started crashing."

If you want to dive for Kim's LOW, jump from there: http://g.co/maps/r7u9y

eight months for a frame?who are these guys,the RS of fixed world?

Instead for throwing it from the bridge he should consider Palpa: http://www.palpa.fi/kauppa/kauppa-kierratysjarjestelmat/tolkit